The Suntrust Cyberville is located in the sprawling city of Dasmarinas in the province of Cavite. Although it is still considered a province, Cavite is currently experiencing a surge in growth, mainly thanks to the people who chose to live there instead of inside the Metro Manila area. When you enter the Dasmarinas downtown area, you would not even believe that you are in a provincial area. It is mainly because there are quite a lot of modern facilities and institutions that can rival the ones in some Metro Manila cities.

For instance, if you have school-aged children then you are probably wondering where you can enroll them in case you do decide to live in Suntrust Cyberville. You will be surprised to find that Dasmarinas is actually home to dozens of different learning institutions. If you have elementary and high school aged kids, you can enroll them in one of the many public and private schools that are in the area, like the Congressional National High School, Glory Christian School of Dasmarinas, Corinthian Institute of Cavite, and many more. On the other hand, if your children are already in college, and they want to transfer into a school that is nearby, you can have them enrolled in De La Salle University, St. Scholastica’s College, Philippine Christian University, and Philippine Women’s University among others.

Another concern that you might have is the availability of clinics and hospitals in the area. Of course, you would want easy access to emergency medical services in case you need them, so living in an area where there are many different hospitals to choose from is the best. When you live in Suntrust Cyberville, lack of hospitals nearby will be the absolute least of your worries, as there are dozens of them you can choose from. All of them are also just minutes away by car. Some of the biggest hospitals that you can practically walk to from the main gate of the community are the St. Dominic Hospital and the La Salle University Medical Center.

If you are thinking of switching careers, or starting anew in your new home, you can do so easily in Suntrust Cyberville for there are dozens of industrial parks in the area where you can find gainful employment and a fulfilling career. Some of these are the Cavite First Industrial Estate, Gateway Business Park, and the Golden Mile Business Park among others. On the other hand, if you are still working in Metro Manila, you can get to and from work even if you don’t have your own car. You can find different buses and jeepneys that ply all sorts of routes going into Metro Manila. The travel time usually takes just an hour or so.

Yes, you will be living in a province, but then again, Cavite is not like the other provinces that are far away from the Metro. In fact, the province is experiencing a huge growth in the past couple of years, so much so that it might even become a strong economic powerhouse itself in the near future. 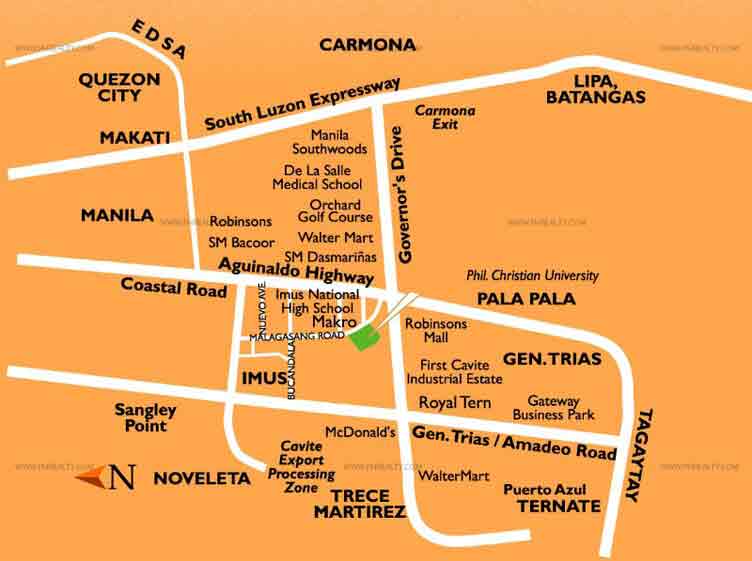